I remember the period before I became a Christian. I was searching for 'something'.

Then I read the Bible, from Genesis through to Revelation and I believed it. That's part of my testimony you can read here.

Looking back I can see the problems that were starting to manifest. I had joined and was saved in an evangelical Anglican church. Lovely people who I am eternally grateful to. The problem is that my belief and faith from reading the Bible soon began to be moulded into something more acceptable to the world, the church, in essence becoming a 'religion'.

I read in the Bible of many things, of miracles, of spiritual gifts, of prophecy and tongues and much, much more wonderful things. However, often the church and religion takes the wonder and the power of God and blunts it for its purposes.

So many times we're expected to deny the truth of the Bible.

You end up with your faith being blunted and your desire and ability to walk as God would have you walk curtailed. Moreover you end up happy with that. It's easier.

Praise be to God though that every now and then He sends someone into your life, someone to cross your path that can bring you back to that belief you had from reading the Bible, your first love.

Hebrews 13:2 Don’t forget to show hospitality to strangers, for some who have done this have entertained angels without realizing it!

The first person was a Nigerian man, let's call him CJ. In our cell group he would always go on about the healing power of God. 'God wants you well' he would say, 'He wants you healed', 'just believe!'

1 Peter 2:24 He personally carried our sins in his body on the cross so that we can be dead to sin and live for what is right. By his wounds you are healed.

Sadly I found it offensive. To my mind he was creating a situation where a failure to be healed would cause terrible guilt and despair to those praying, to whoever was ill or poorly and those who were witnesses.

My response to CJ's enthusiasm was to ignore it, blank it out.

The second person was also a Nigerian, called David. He works in Security in the building where I work. You exchange pleasantries with people in your daily exchanges and I noticed he peppered his speech with praises to God. I asked David if he goes to church and he replied he does. It was a Redeemed Christian Church of God so I knew it wasn't one of those 'dodgy' churches!

Colossians 3:16 Let the message about Christ, in all its richness, fill your lives. Teach and counsel each other with all the wisdom he gives. Sing psalms and hymns and spiritual songs to God with thankful hearts.

As time goes on our conversation turns to topics like faith and healing. I told him my wife was poorly and he immediately said he would pray for her, and also he will get his congregation to pray for her. From this he also reminded me of God's promises in His Word regarding faith, grace, salvation and healing. Reminded of CJ's enthusiasm I held back a bit. Yet David's words and faith encouraged me to look again at the Bible with reference to faith, salvation and healing. 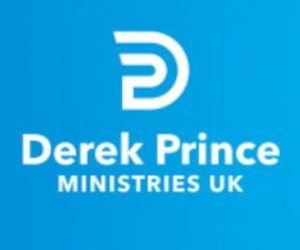